Igueldo mountain is one of the most significant mountains in the city. Located at one end of Ondarreta beach, it is considered to be yet another iconic spot in Donosti and one from which you will surely get a fantastic view of the city.

At the summit of Igueldo mountain, we find the San Sebastián theme park, an emblematic park not only because of its advanced technology but also because of its history and the peculiar attractions it has been offering for years. These attractions are not specially amazing ones, but they are full of history: the roller-coaster, feared not for its steep slides, but for the old wooden cart that takes visitors around the short tour.

Everything started in 1911, when a social club was built in this very place. Later on, in 1925, it was converted into a fashionable enclosure destined to host balls for distinguished people. It was not until a later time that it became the theme park as we know it today. What used to be the social club in the past is currently the well-known Monte Igueldo Hotel, probably the one with the best city views.

This one is, undoubtedly, the most emblematic attraction, as it is not just another one in the theme park, but it involves a trip to the top of the mount riding the charismatic funicular. It was inaugurated on the 25th of august in the year 1912, which makes it the third oldest funicular in Spain. The funicular departs from the base of the mountain and takes you to the theme park. The tour barely lasts few minutes, but it is highly advisable to go up the mountain using the funicular instead of driving a car. Cars can be parked in a small parking right by the funicular stop before taking it.

In order to get there, you must drive towards Igueldo mount and take a right turn when you see the road split leading to the mount. You may take a left turn as well, which is recommended when you wish to go to the theme park by car.

The price of the return ticket is 2,30 euros for adults and 1,70 euros for children up to seven years.

Going up the Igueldo mount in San Sebastián is an activity you can’t miss out on. From the top of the mount you will get the best city views. 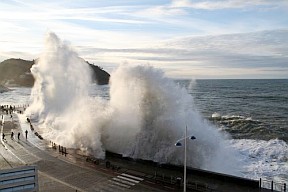 The San Sebastian New Promenade (or Paseo Nuevo) is a wonderful promenade which surrounds Urgull mount in its entirety. With the Aquarium as starting point, it goes all around the Urgull to end at the Old Town, beside the Kursaal. It is one of the most beautiful and quiet avenues in the city, since, as… 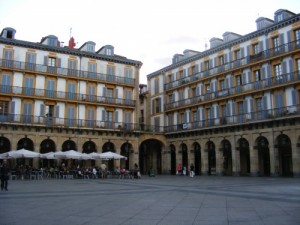 If there is a place where tourists and locals alike come together, that is the Old Town. Walking around the Old Town is an activity that every single visitor in Donosti must carry out and, at the same time, one of the main things to do in San Sebastian. The Old Town is located right… 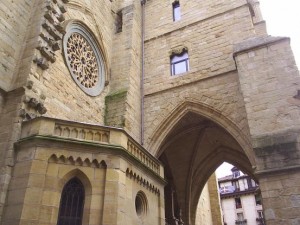 San Vicente Church is one of the most typical San Sebastian churches. Located in the Old Town, this church was erected between the 15th and 16th centuries on the plot where and old temple which was destroyed by a fire used to be, so the most recent works are what is left for us to…

Peine del Viento is one of the best-known works by sculptor Eduardo Chillida and also one of the most famous in the city. It is a sculptural ensemble built on an architectural work by Luis Peña Ganchegui, making up as a whole a very distinguishing scenery of Donosti. History of Peine del Viento The work… 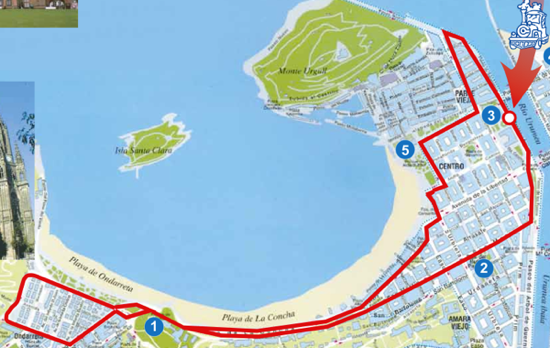 The Txu-Txu train is a tourist train in the city of San Sebastian. Like the tour bus, it takes you around the city’s main sights. The vehicle itself is a kind of miniature train with wheels designed to drive on the road. The entire journey lasts around 40 minutes. During the trip you can see… 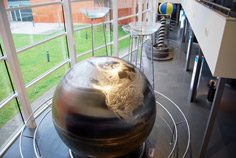 The Eureka Museum of Science (Eureka Zientzia Museoa ), is a museum belonging to the Kutxa community program. It was formerly known as Kutxaespacio, but it later kept Eureka as its name. The museum is located in the Miramón technology park. The Museum of Science is an interactive one where both children and adults can…