The 2013 event will take place on the coming 6th and 7th of September, and it’s hoped that it will prove as- if not more- successful as last year, which without a doubt surpassed all expectations.

For these two days, you will be able to hear great alternative bands in one of the most beautiful places in the city, the summit of Monte Igueldo, by the amusement park. The festival will take place on this fantastic site, and will feature renowned bands such as Delorean, Dover and Crystal Fighters, plus many more. There will also be dance music and performances from local bands.

If you plan on visiting San Sebastian on these dates, we thoroughly recommend this festival. The combination of setting and great music make this one of the most exciting events San Sebastian has to offer.

–Crystal Fighters: kicking off their current tour in support of their hotly anticipated second album here at Monte Igueldo. Their performances at Benicassim and Arenal Sound festivals in 2011 launched them as one of the most sought-after bands around.
–Delorean: The only band to have sold out every one of their performances in the city. Signed to Sony Music, they hope to break through onto the international scene following successful appearances in Europe and America.
–Belako: From nearby Mungia, Belako are heirs to the sombre legacy of bands like Joy Division, and share the punk spirit of Crystal Castles. In the first year of their existence, they have won competitions on Spanish Radio 3 and the Basque station, Gaztea.
–Junip: Jose Gonzalez (Gothenburg) is one of the most fragile, charismatic and emotive indie-folk artists around. Junip is his band, and with “Line of Fire” they have created a masterpiece sure to feature in everyone’s best of 2013 lists.
–Damien Jurado: Another great. Intelligent, poetic, raw, tragic, intimate, exciting, lovable, mysterious… With nine folk-tinged records to his name, he is singer capable of making time stand still, moving us with his incredible voice and guitar playing.
–Dinosaur Jr: A big name for Kutxa Kultur Festibala 2013. A true rock institution. Revered, admired and a great influence on an entire generation of musicians.
–Dover: Their record helped to propel Spanish independent music to previously unimagined levels. With a nod to Nirvana, grunge spirit, a touch of punk and unforgettable songs like Serenade, they’re back in support of their new record and promise to turn Monte Igueldo into one big sing- along party.
–Built to Spill: One of the North American scene’s big names. Doug Martsch formed Built to Spill in 1992, influenced by bands like Dinosaur Jr, and since then they’ve gone on to record seven albums. This is their first live appearance in Spain outside of Barcelona.
–Crocodiles: One of the most exciting bands to emerge from the new indie music scene, with an intense live show. Hailing from California, their noise-pop sound is reminiscent of The Jesus and Mary Chain or the Ramones.
–Bobby Bare JR: Few saw his performance at Donostikluba Festival, San Sebastian, a few years ago, but those who did will agree he was one of the best live acts they saw that year. Bobby Bare Jr. also won a Grammy for a song recorded with his father, Bobby Bare Sr. 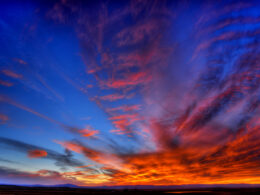 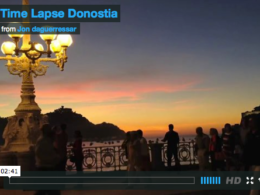