The Basque Country is full of monuments, enclaves and wonderful corners that are real jewels and worth knowing in a visit to this land. However, among all of them there is one that stands out in a special way and is 100% recommended. It is San Juan de Gaztelugatxe.

It is a hermitage erected in honor of the saint that gives it its name and that has the particularity of being located on an islet. Hence its magic, its beauty and, of course, the difficulty to access it. And it is that to get there you have to make a journey that can leave anyone exhausted, but it is worth it.

San Juan de Gaztelugatxe, one of the most spectacular corners of the Basque Country.

Between the Biscayan towns of Bermeo and Bakio is San Juan de Gaztelugatxe, which is connected to the coast by a small bridge. From it the visitor is forced to climb a whopping 241 steps carved into the rock to reach the area of the hermitage and from there not only admire the temple but also the spectacular views of the surroundings. Views that anyone will fall in love with, as they allow glimpses from cliffs to arches through tunnels or beautiful stone beaches.

The aforementioned hermitage dates from the tenth century and has the particularity of having stood on the remains of an ancient castle. And precisely this term is what Gaztelugatxe means, which is also known as “stone fortress against the waves”.

It is no less important to know that San Juan, together with the island of Aqueche, forms a protected biotope. It has a really rich flora and fauna, represented by species such as the wild olive tree, heather, conger eels, grebes or the common storm petrel.

In the same way, we cannot overlook the fact that this Biscayan enclave is surrounded by legends and adventures. Thus, for example, it is known that it has been the target of pirate attacks on several occasions and that it was even attacked by Alfonso XI to kill Juan Núñez de Lara. And to this we must add several fires, the last one being in 1978, which resulted in it having to be reformed.

The magic and beauty of San Juan de Gaztelugatxe are undeniable, as well as the fact that it has a great number of singularities that are worth knowing. Specifically, we are referring to these:

Curiosities all these to which it is necessary to add that next to this islet there is an image of the Virgin of Begoña. Image that was placed there in the decade of the 60’s and to which flowers offerings are continually made.

For all these reasons, San Juan de Gaztelugatxe is one of the obligatory visits that you have to do in your trip to Biscay. If you do not make it, you will regret having missed the opportunity to see one of the most magical and spectacular places in Spain.

Where to park in Gaztelugatxe

If you visit San Juan de Gaztelugatxe, one of the usual problems is usually parking your vehicle.

At the beginning of the route there is a very large parking lot where you can park, but it is true that if you go on a very special date, a holiday with a long weekend and other holiday dates, you may even have trouble finding a place. In this case, you will have to drive around more than usual until a car leaves its place and you can park yours, but it is not usual.

Where to eat in San Juan de Gaztelugatxe

The typical place to eat in San Juan de Gaztelugatxe is the Eneperi Restaurant, which is located right at the beginning of the route that you must walk, next to the parking lot.

The best option is to go early in the morning, make the excursion to Gaztelugatxe, and on the way back eat at Eneperi, where you have the option of eating both inside the restaurant and outside at outdoor tables, weather permitting. 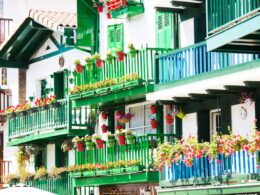 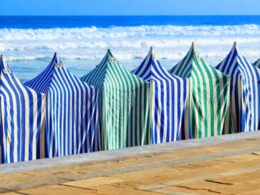 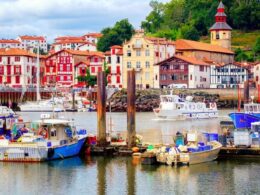 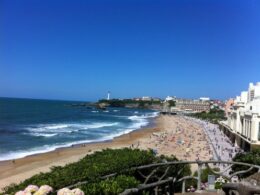